The New Generation of Israel Advocates

June was a spectacular month for the future of the Jewish people as our Bob Malkin Young Ambassador Program (BMYA) teens returned from their life-changing Israel experience.

BMYA is a monthslong leadership program that provides opportunities for local teens to learn from professionals about Israel, Zionism and the Jewish people, culminating in a trip to Israel, where they gain the experiences to back up their knowledge learned throughout the year. One of the greatest benefits of this experience is that the teens then craft their own Israel stories as they prepare for their next steps in life.

Make no mistake, while this was a leadership trip, we still had lots of kef or fun! The nearly two weeks in Israel was a rollercoaster of emotions that were meaningful even on the downs. We started out in Jerusalem, spending the first Shabbat at the Kotel and walking around a quiet city. From there we dedicated a day to memory and memorial but visiting Yad V’Shem, the World Holocaust Remembrance Center, and after that Har Herzl, the national cemetery and final resting place of nearly all of Israel’s prime ministers. From a metaphorical “low place,” the next day we went to the actual lowest place on Earth: Masada and the Dead Sea.

Visiting sites of such importance to the Jewish people from a historical perspective helped the BMYA teens to better understand the modern state of Israel. We learned about and met a family in the Druze community, who told us all about the Druze religion and their love and appreciation for the State of Israel.  Visiting a modern Kibbutz that has many markings of a traditional Kibbutz with a cheder ohel (cafeteria) where everyone eats but also is a pioneer of organic farming helped the teens see how Israelis’ technological minds can create while preserving traditions passed down the generations. 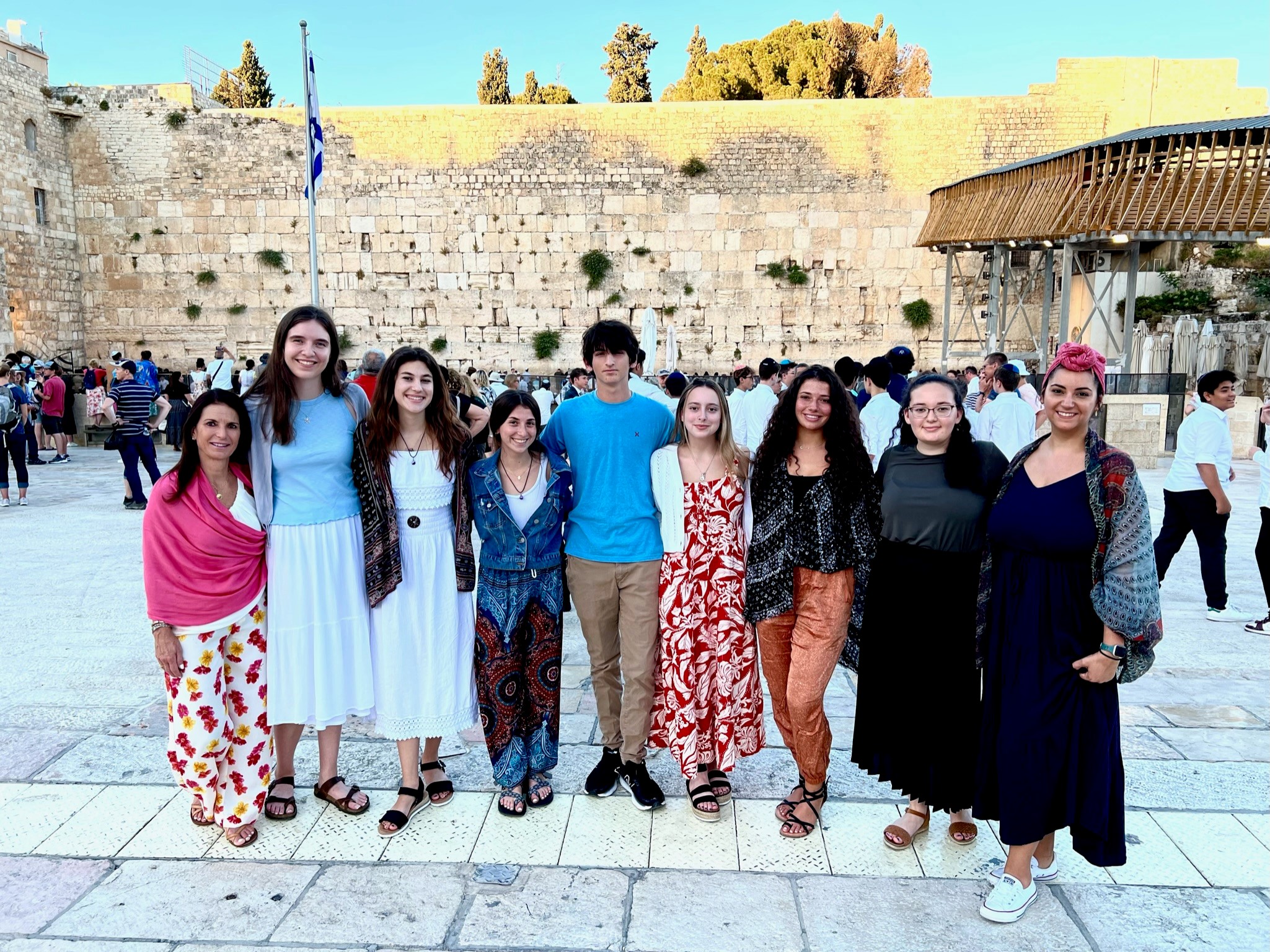 The diversity of Israel and the Jewish people was on full display during our stop at a famous Tunisian synagogue in Acco. Nearly all of the synagogues the teens had attended have been from the Ashkenazi tradition, so seeing a Mizrahi synagogue was a new adventure for them. It also happened to be a day when a family was celebrating a Bar Mitzvah, complete with a celebration in the street with drums and singing. It was a far cry from the traditions we’re used to seeing back home.

Perhaps one of the more impactful visits was Shabbat dinner home hospitality in our sister city of Tel Mond. Whenever I visit Tel Mond I feel like family, and this time was no different. Seemingly the entire town showed up to welcome us with open arms at the park across the street from the matnas (community center). The BMYA teens split up and went to different homes for a typical secular Shabbat meal. For any teens who felt out of place at the Kotel in Jerusalem, this was just another example of how our brothers and sisters in Israel may celebrate Shabbat. All of the families who hosted us had teens or young children; it made for a great opportunity for teens from Sarasota and Tel Mond to make new friends.

When we moved to our Tel Aviv hotel, we stayed in a place that is very special to The Jewish Federation:  the Daniel Center for Progressive Judaism at Beit Ruth. Gerry and Ruth Daniel were beloved members of our Sarasota Jewish community before their passing. They were staunch Zionists who believed in our mission and who believed in bettering the Israeli state. We know that they both would be thrilled to have hosted us at their campus.

A Season of Programs with a Purpose

When you hear the Hebrew phrase, Tikkun Olam, what initially comes to mind? Most folks think of this Jewish value as healing, repairing, or rebuilding the world. Their call to action is typically in the form of physically doing something such as lending a helping...

Past, Present, and Future Programming

That's a Wrap! The 2021-2022 season is in the books – and once again, our Federation’s program department provided a range of meaningful engagement opportunities to meet our community members “where they were at” with “hybrid” events allowing for both in-person and...

The Power of Women’s Philanthropy

When high profile women like Mackenzie Bezos and Melinda Gates make news for their charitable giving, they bring the issue of women and philanthropy into the mainstream. In the Jewish Federation world, though, women philanthropists have been making history for at...