Federation’s Work in Israel and Poland

They say a picture is worth a thousand words. I never felt that more than I did in July, when I joined Jewish Federation leaders from our community and 20 other communities for an up-close look at the impact that the Jewish Federation system is having in Israel and around the world today.

Being in Israel is always more powerful when you accompany someone who is there for the first time. This trip was the first for The Jewish Federation of Sarasota-Manatee’s lead development professional, Hermione Gilpin. With so much to see, on our first day in Israel we didn’t stop from 7:00 a.m. until nearly midnight. From the airport, we went straight to the new ANU – Museum of the Jewish People, which uses cutting-edge design and technology to illustrate the global evolution of Jewish thought, faith and culture. From there, we went straight to Yad Vashem, the World Holocaust Remembrance Center in Jerusalem, which left us all shaken. We ended with the last “Tunnel Tour” (under the Western Wall/Kotel) at 11:00 p.m.! 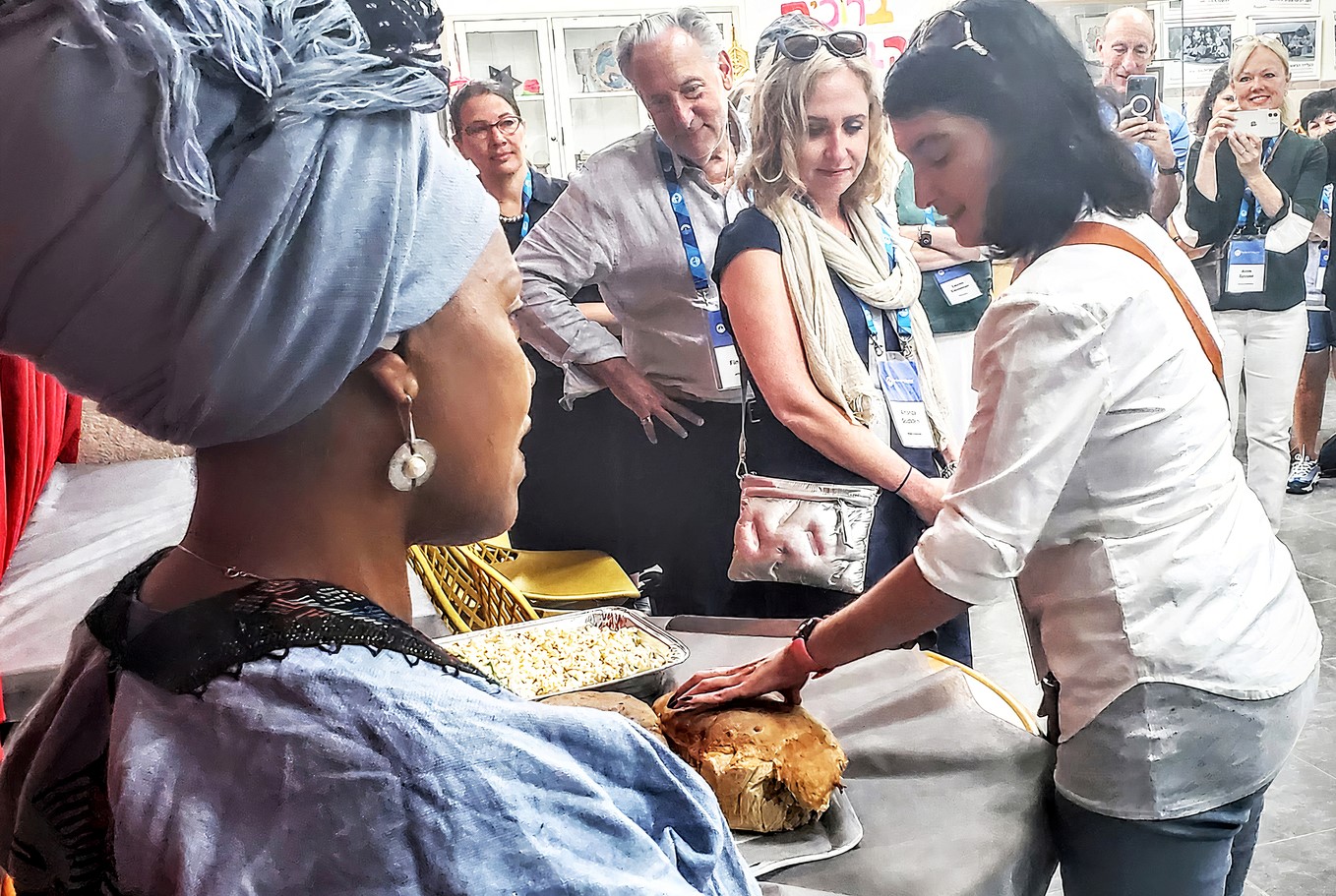 For 17 hours, Federation Board President Bruce Udell, Women’s Philanthropy leader Anne Spindel, Hermione and I immersed ourselves in the stories of the Jewish tragedy and Jewish triumph. To honor her first time in Israel, Hermione Gilpin was asked to cut a delicious Ethiopian-style challah at this “absorption” center for new Israelis. 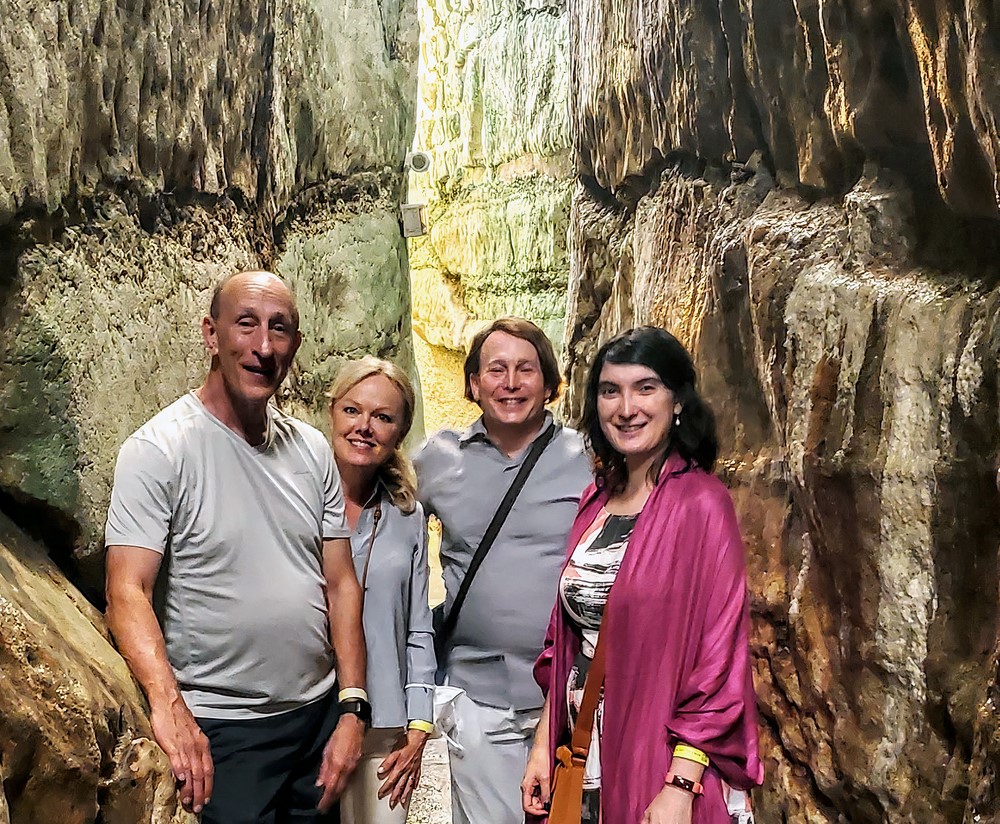 After three days in Israel, our group flew to Poland, where the bulk of refugees from the war in Ukraine have fled. We could not have been prouder of the life-saving work that the Jewish Federation movement is making possible every day.

It was beautiful and haunting to witness a pop-up home for 30 Ukrainian refugee moms with infants. Russian bombing forced them to flee with no plans and no husbands, who are required to stay to defend Ukraine. As we left through the yard, this boy ran to me and stretched his arms in the international sign: “Pick me up.” After I put him down, he ran to Bruce Udell. Then back to me. Four times! Until someone said, “He hasn’t seen his father in months.” I couldn’t take it.

I kept thinking about this drawing when we met Ukrainian refugee families. Federation CFO Victoria Tiutyama’s daughter gave children markers when they arrived from the border. You can see a person with their head severed. This was drawn by a child. The trauma haunts me. 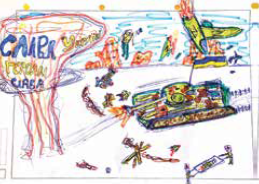 When Russia invaded, Victoria, with one day’s notice, left us to volunteer with Ukrainian refugees – translating, supporting, arranging. Then, she sent her daughter, a University of Florida sophomore. During our visit to Poland, we stopped at a pop-up day camp giving normalcy to 85 traumatized refugee children. There we ran into Victoria’s daughter, proudly following her mother’s example. 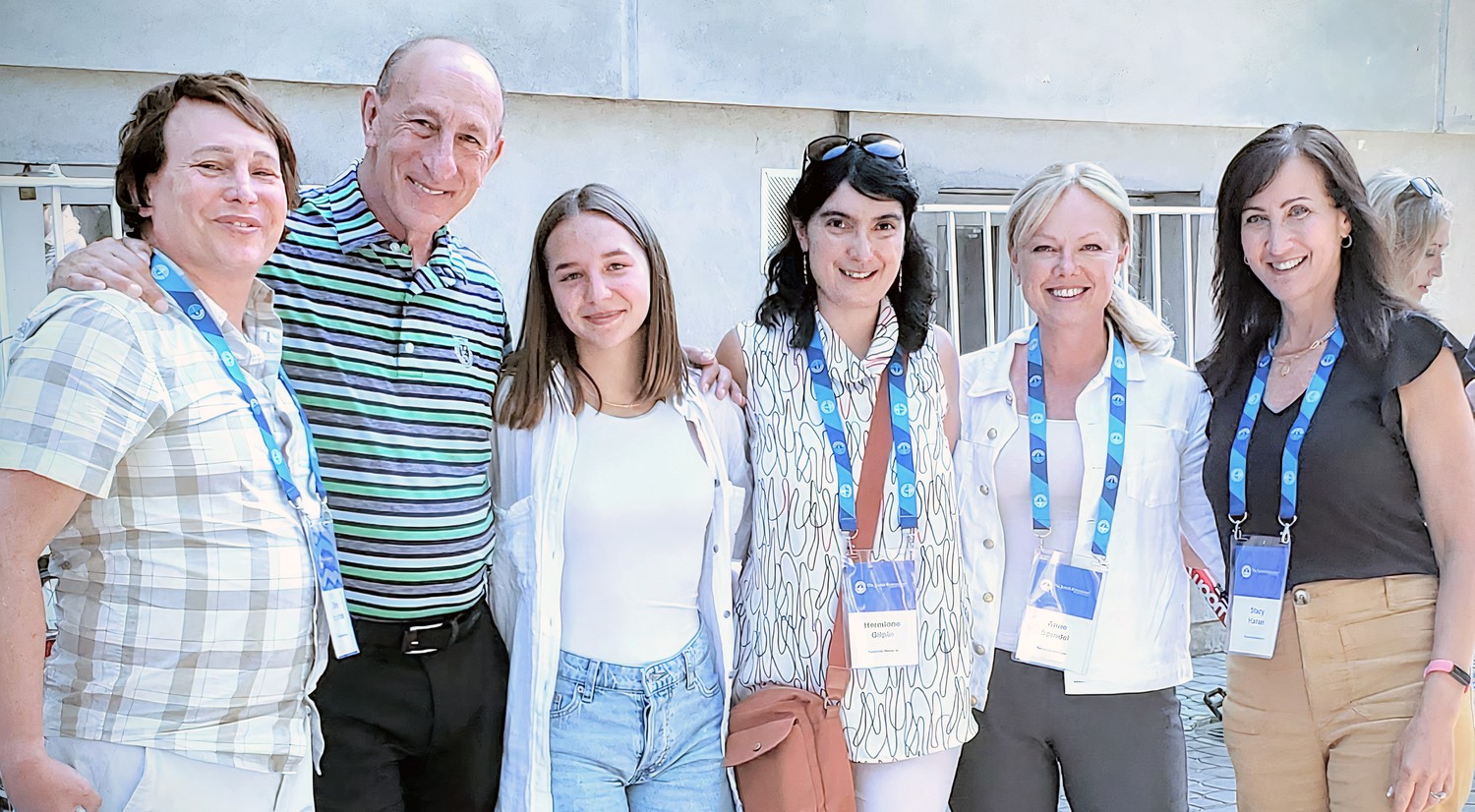 Bruce Udell, Stacy Hanan, Anne Spindel, Hermione Gilpin and I saw that Jewish Federations can respond to crises and change lives in ways that no other organization can. We could not be prouder of our commitment to the Jewish Federations or more grateful to the contributors who make this crucial work possible.

The New Generation of Israel Advocates

June was a spectacular month for the future of the Jewish people as our Bob Malkin Young Ambassador Program (BMYA) teens returned from their life-changing Israel experience. BMYA is a monthslong leadership program that provides opportunities for local teens to learn...

A Season of Programs with a Purpose

When you hear the Hebrew phrase, Tikkun Olam, what initially comes to mind? Most folks think of this Jewish value as healing, repairing, or rebuilding the world. Their call to action is typically in the form of physically doing something such as lending a helping...

Past, Present, and Future Programming

That's a Wrap! The 2021-2022 season is in the books – and once again, our Federation’s program department provided a range of meaningful engagement opportunities to meet our community members “where they were at” with “hybrid” events allowing for both in-person and...